BAGUIO CITY, Sept. 10 (PIA) - - This month of September, the country is celebrating Development Policy Research Month (DPRM)  that aims to increase public awareness and appreciation on the importance of policy research in crafting development programs and policies.

Philippine Institute of Development Studies (PIDS) Director for Research Information Dr. Sheila Siar, during the press conference at the City Lights Hotel here on  Tuesday,  explained that  that DPRM is an annual celebration mandated by Presidential Proclamation 247 signed in 2002, to constantly remind the country’s policy makers and the general public on the importance of bringing in research-based evidence and outputs in decision-making processes. 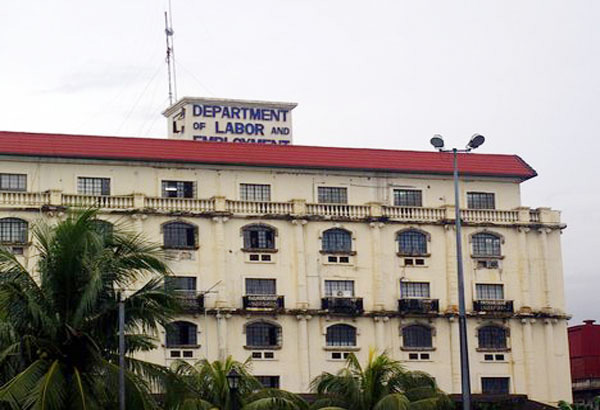 MANILA, Philippines - The Department of Labor and Employment (DOLE) has rejected a proposal to allow small and medium enterprises nationwide to pay workers less than the prescribed minimum wage rates.

Labor undersecretary Reydeluz Conferido said DOLE would not allow commercial establishments to go against labor standards, including the minimum wage policy as a way to address the high unemployment rate.

“We will not go for that, the DOLE will never allow exploitative situation for the workers,” Conferido said in reaction to the proposal of government think tank Philippine Institute for Development Studies (PIDS).

PIDS previously called on policymakers to relax wage regulations and allow small and medium companies to pay below the mandated minimum wage rates to promote hiring of unskilled workers.

Conferido stressed that the government is enforcing the minimum wage policy as a safety net.

He insisted that providing higher wages could even promote productivity for both workers and the companies.

According to Conferido, there are existing laws allowing Barangay Micro Business Enterprises (BMBE), and those with apprentices, to pay below minimum wage but they are not meant to demean workers.

At this time, Conferido said, employers need to be educated that by providing more benefits to their workers, their companies could be more competitive.

For its part, the militant Kilusang Mayo Uno (KMU) said the country’s minimum wage is already meager and cutting it down would intensify exploitation of workers.

Labog warned that big capitaists may opt to divide their businesses into smaller ones to qualify as small and medium enterprises to be able to pay workers below minimum wage.

Labor Secretary Rosalinda Baldoz said DOLE is implementing measures to boost productivity and competitiveness of small and medium enterprises, and enable them to comply with labor laws.

Baldoz said the government is providing a package of developmental assistance of SMEs, including training and productivity orientation that would help them cut down on unnecessary cost.