Written by: Cai U. Ordinario of BusinessMirror, Date Published: September 8, 2014 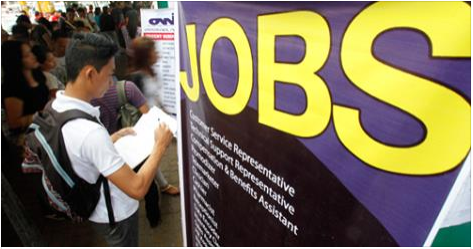 MANILA - The lack of analytical skills is making several college graduates difficult to employ, the Employers Confederation of the Philippines (Ecop) said.

At the Tapatan sa Aristocrat forum on jobless growth on Monday, Ecop Assistant Treasurer Lucy Tarriela said this stems from the “copy-paste” frame of mind of many young Filipinos.

Tarriela said that because everything is available online or can easily be accessed elsewhere, graduates no longer use their analytical skills to process information and find solutions to problems.

“Ang mga bata ngayon, lahat sanay sa instant. Hindi na sila natututong mag-analyze. [Kids these days have become accustomed to everything instant. They do not know how to analyze]. Yes, copy-paste,” she added.

Tarriela shared that she has been looking for a suitable accountant for her company for the past five years, but could not find one.

She added that apart from the lack of analytical skills, young professionals do not have the necessary skills to carry out their job. They also lack the devotion to their work, as well as the commitment and loyalty to stay in a company.

“There are so many accountants but it’s so difficult to get somebody, who is a new graduate, but already knows [the job]. [Their] college education should have prepared them for that,” Tarriela said.

This will entail efforts to address policy issues that will result in cheaper and stable power supply, which is crucial to the operation of the manufacturing industry.

“In the short term, if government wants to ‘bring down unemployment,’ agri because doon maraming mahihirap pero on the longer term, you really need to improve the industrial sector,” Albert said.

“There should be a convergence of policies. You can’t just say ‘okay I will do this’ but there’s no support in a way. So all of these have to be laid out very carefully, you have to have a very clear set of targets and timelines,” he explained.

In a Policy Note titled “Is growth really jobless?” Albert said based on Philippine Statistics Authority (PSA) data, the educational attainments of the unemployed between 1998 and 2012 are higher. Further, in the April 2014 Labor Force Survey results of the PSA, around 36.9 percent of the unemployed are college graduates and undergraduates. This is composed of 22.4 percent, or one-fifth of the labor force who are college graduates, while 14.5 percent were college undergraduates.