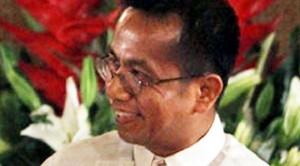 In this regard, Neda Director-General and Socio-economic Planning Secretary Arsenio M. Balisacan told in a press conference that the Aquino administration is trying to reverse the previous neglect of impact evaluations, hence the agency had sought funding worth P600 million during the past two years to undertake 22 studies that would determine the effectiveness of various government projects.

State-run Philippine Institute of Development Studies (PIDS) has been working on some of these impact evaluation studies, its president Gilbert M. Llanto said.

The impact evaluation of projects involving irrigation, post-harvest facilities, feeding programs for school children, motor vehicle taxes, among others, started this year and would go on over a three-year period. “We’re trying to look into government programs that took a sizeable portion of the budget,” Llanto said.

In 2013, Neda infused P300 million to PIDS for this impact evaluation initiative. This year, Neda proposed for inclusion in its 2015 budget another P100 million for research on top of P200 million for monitoring and evaluation, Balisacan said.

“The Philippines has joined the global revolution of using rigorous evidence from impact evaluations to design effective policies. 3ie, with the support of the Australian government, will contribute to building this culture of evidence-informed policymaking,” White said in a statement.

Llanto noted that impact evaluations should be part and parcel of the government’s budgetary framework.

“It is important for the government to determine if its interventions are making a dent in poverty reduction and impacting people’s lives. We should cut down or terminate programs that do not work after all,” he said.

Balisacan admitted that in the past, the neglect of the impact evaluation process had resulted into the failure of several programs to achieve their developmental goals.

“There is serious underinvestment and underspending in impact evaluations, which resulted in projects that are not working. The leakages and wastage of funds were very high. Our experience in the Philippine government can attest to that,” Balisacan said.

“We need feedback mechanism for programs not delivering what they’re expected to deliver. Either we stop them or correct what’s wrong with them,” he added.

On the other hand, projects that impact assessments would deem as effective should be expanded, Balisacan said.